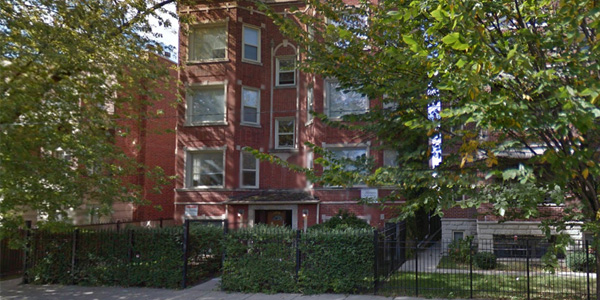 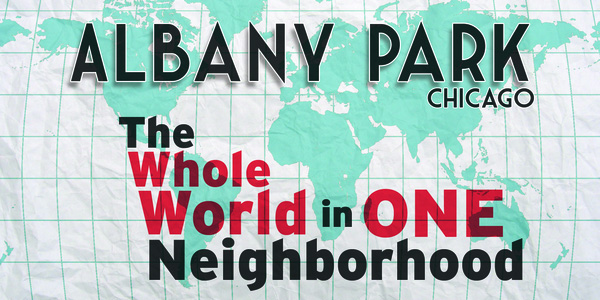 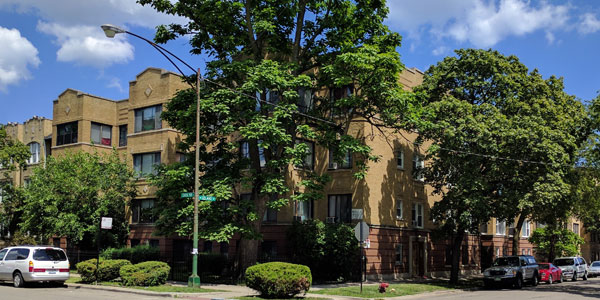 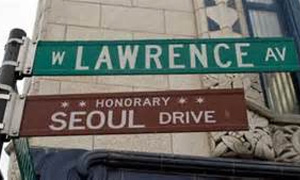 One section of the main drag is referred to by Chicagoans as "Seoul Drive" because of the large number of Korean Restaurants.

As one of Chicago's most ethnically diverse neighborhoods, Albany Park is home to a mosaic of residents hailing from global destinations like Mexico, Guatemala, India, Philippines, Ecuador and Bosnia, just to list a few. In fact, it is the third most diverse zip code in the entire United States, with more than 40 languages spoken in the area's public schools!

With so many cultures represented, Albany Park has a delicious mixture of cuisines that range from traditional American coffee shops like Starbucks to Middle Eastern fare from Noon-O-Kabab. Most restaurants and commercial retail in Albany Park are located on or near Lawrence Avenue, which bisects the neighborhood.

The community is situated about eight miles northwest of the Loop, just west of the North Shore Channel waterway. It is surrounded on all sides by parkland and there are several pockets of green space tucked within the residential streets.

Albany Park's wide scope of backgrounds is just one of its many selling points. Access to expansive outdoor public recreation grounds is another neighborhood attraction that families are attracted to.....

One section of the main drag is referred to by Chicagoans as “Seoul Drive” because of the large number of Korean restaurants. Along this stretch of Lawrence Avenue is an assembly of Korean-owned shops and businesses. But the neighborhood’s diversity shines through even here, as the avenue is spotted with a variety of Mexican bakeries, Vietnamese restaurants and Middle Eastern grocery stores. 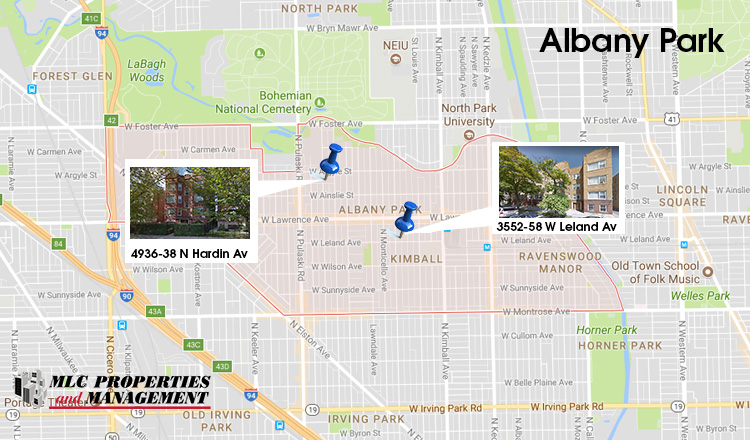 Although Lawrence Avenue is packed with unique independent storefronts and family-owned boutiqes, Albany Park’s shopping and eating options aren’t limited to its major east/west thoroughfare. Kedzie Avenue (which runs north/south) is also lined with a tantalizing assortment of eateries and merchants. Local ethnic food markets like Andy’s Fruit Ranch mingle with mainstream hotspots like Dunkin’ Donuts and Subway. Kedzie is also the place to find an excellent plate of pad thai or spicy order of curry, as it also hosts several authentic Thai restaurants.

Albany Park’s wide scope of backgrounds is just one of its many selling points. Access to expansive outdoor public recreation grounds is another neighborhood attraction that families are drawn to. In the northwest side of the community, the 12-acre Eugene Field Park offers amenities such as cultural arts, baseball/soccer/football fields, tennis courts, a playground, and a spray pool. Centrally located Jensen Park, Buckeye Park and Kiwanis Park are mini green refuges in the midst of built-up residential blocks.

The Chicago Transit Authority's Brown Line terminates at Lawrence and Kimball Avenues. Albany Park is accessible through the Kimball, Kedzie and Francisco stations of the Brown Line, the Montrose CTA Blue Line Station, as well as by the Edens expressway (Interstate 94). The name "Albany Park" refers both to one of Chicago's 77 official community areas and the traditional name of a neighborhood within that community. The official community is bounded very approximately by Foster Avenue and the North Branch of the Chicago River on the north, Montrose Avenue on the south, Elston Avenue on the southwest, and the North Branch of the Chicago River on the east. It is in Jefferson Township, which was annexed into Chicago in 1889. CTA bus routes in Albany Park include: #53 Pulaski, #78 Montrose, #80 Irving Park, #81 Lawrence, #82 Kimball/Homan and #92 Foster.