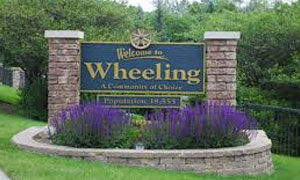 Easy access to Interstate 294, as well as from Metra rail service on the North Central Line

A community of over 40,000 people, Wheeling Illinois is a diverse and dynamic town that is distinguished by its unique balance of commercial, industry and residential neighborhoods.

Known across the state and nationwide, Wheeling is the home of the famous Milwaukee Avenue “Restaurant Row”, and is also the part-owner of Chicago Executive Airport, the third-busiest airport in Illinois.
The Village is also considered to be one of the ten best places to raise a family, making Wheeling a location that is great for families and up-coming families. Wheeling residents enjoy convenient access to grocery stores and shopping centers, health care facilities, places of worship, and award-winning public schools. Wheeling Park District and Cook County Forest Preserve facilities also provide opportunities for recreation and for restorative contact with the natural world.

Located in the heart of Chicago’s prestigious northern suburbs, commuters benefit from easy access to Interstate 294, as well as from Metra rail service on the North Central Line via the Wheeling Metra Station.

…one of the ten best places to raise a family, making Wheeling a location that is great for families

Wheeling has a station on Metra's North Central Service, which provides daily commuter rail service between Antioch and Chicago Union Station Monday through Friday.
Chicago Executive Airport, a busy general aviation airport, is located in Wheeling and Prospect Heights and jointly run by both villages. Formerly known as Palwaukee Municipal Airport, it is the third busiest airport in Illinois, after Chicago's O'Hare and Midway airports. 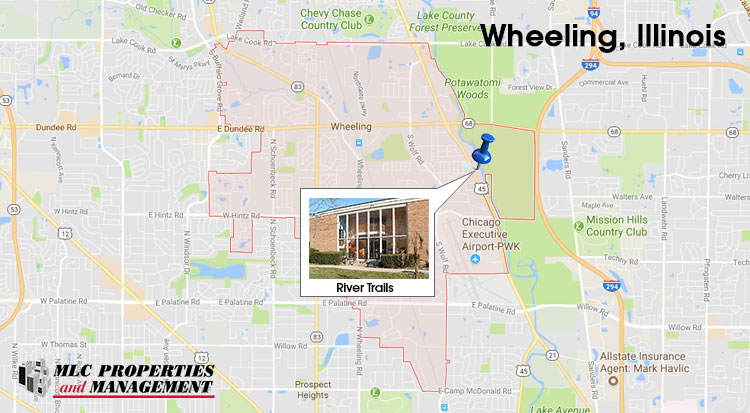 Downtown Wheeling
This northern suburb has long lured diners to its popular 3-mile-long Restaurant Row along Milwaukee Avenue. But despite its gastronomic prominence, the village of Wheeling has no real downtown, even though it was founded in 1894.

That is about to change.

After years of planning and overcoming obstacles, the construction of a downtown is finally underway in the village 30 miles northwest of Chicago.

What does a new downtown cost? The tab here is $110 million.

A town center will rise on a 16.2-acre vacant site created by the demolition of the bankrupt Wickes Furniture property on Dundee Road at Northgate Parkway. The site is surounded by existing structures that set the stage for a downtown area, such as the village hall, police and fire stations, park district recreational building, aquatic center, ball fields, a lake and a commuter rail station on Metra's North Central Service line.

Presently, crews are laying foundations for the town center. Here's what to expect at the opening, slated for late 2018: A five-story, 300-unit apartment building will wrap around a 25,000-square-foot plaza with a pool, putting green, bocce court, fire pit, barbecue grills and a gazebo. The courtyard will serve as a central gathering place for residents and the surrounding community. 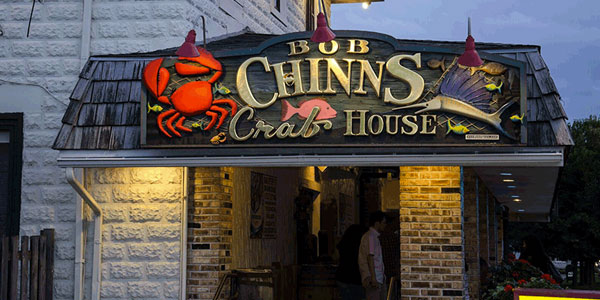 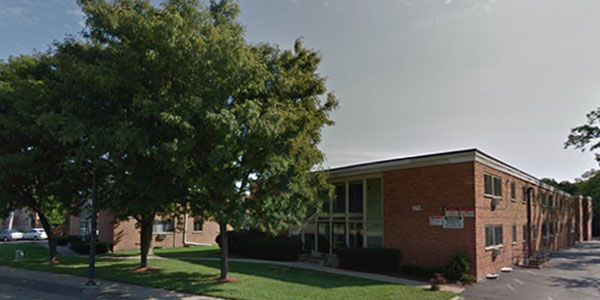 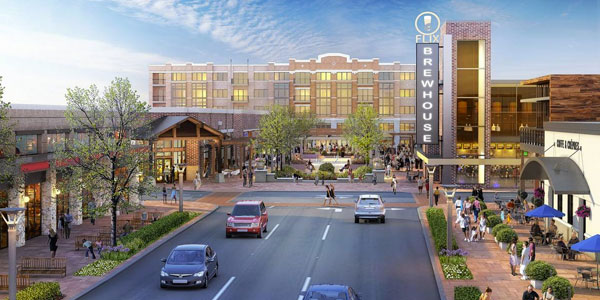